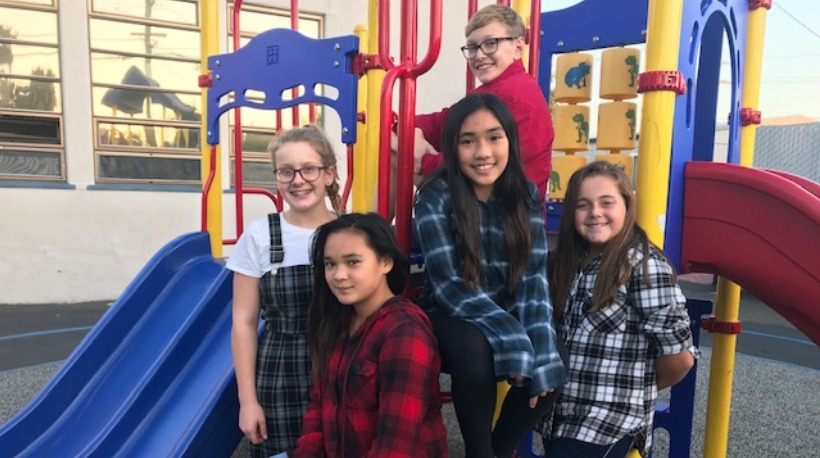 The recent fires in California were some of the most destructive in the state’s history.  In Northern California, the devastation included the near-total loss of the city of Paradise, including most of its schools.  This forced families to send their children to other cities and districts around the Diocese of Sacramento, as they would be unable to return to their schools in Paradise.

In response, the students and families at St. Didacus Parish School took the call from the Diocese of Sacramento to help out.  The diocese was asking for financial assistance so that the students would be able to continue their Catholic education this year as quickly as possible.  The children were in need of uniforms, school materials, hot lunches, field trips and other expenses associated with their education.

On Thursday, November 29, every student who contributed a minimum of five dollars toward the relief efforts received a Free Dress pass for that day in return.  The turnout and the money raised were beyond even the staff’s optimistic projections, as the families and students of St. Didacus School raised well over $900 in just a few hours.  Most brought in cash donations, which were collected by each teacher in every grade. One of the teachers was heard to remark, “We’re going to need a bigger collection jar!”

While the students always enjoy having the occasional “free dress” day, this one at the end of November was especially rewarding for them.  Knowing how their simple act of donation would be used to help return the lives of the fire victims a bit closer to normalcy, and how they were doing God’s work by following Jesus’ example of selfless giving, this Free Dress day gave the students of St. Didacus Parish School a very big reason to be happy.