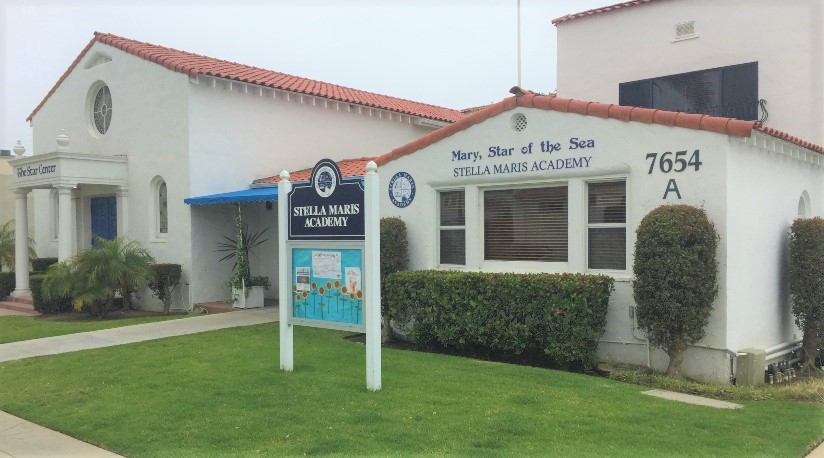 May 23, 2019 – Mary, Star of the Sea Catholic Church and Stella Maris Academy will welcome a new pastor and principal on July 1, with the appointments of Father Patrick J. Mulcahy and Mrs. Francie Moss.

Fr. Pat was born in San Antonio, Texas to an Air Force family. He grew up in Germany and Spain, and is fluent in Spanish. Upon return to the U.S. and California, he earned a B.S. in Economics from UC San Diego. Soon after, he felt a call to priesthood and received a Master of Divinity Degree from St. John Seminary, in Camarillo, and was ordained for the Diocese of San Diego in 1995. He has served in many diverse parish settings and is currently Pastor of St. Joseph Cathedral in Downtown San Diego. Fr. Pat’s many passions beyond his ministry include travel and sports and the opportunity to meet new people and new cultures.

Moss graduated from San Diego State University with a Liberal Arts degree and teaching credentials; later, she received a degree in Education Administration from National University. Her 36-year teaching career has been dedicated to Catholic Schools in the Diocese of San Diego. Fifteen years ago, Mrs. Moss transitioned from teaching into education administration as the principal at St. Mary Star of the Sea Catholic School in Oceanside, where she worked along side Pastor Fr. Pat Mulcahy.

Fr. Pat and Mrs. Moss have toured the Stella Maris Academy campus and Mary, Star of the Sea church, met the students and staff, and are equally delighted on their new appointments.

Both the out-going pastor and principal will be retiring at the end of June. Mrs. Patricia Lowell, has been with Stella Maris Academy since 1993, first as a teacher, and then as the principal for the past 13 years. Pastor, Father James Rafferty, has been the Mary, Star of the Sea pastor since July 1, 2008 and has been in the priesthood for 47 years.

On Friday, June 7, Fr. Mulcahy will be returning to Stella Maris Academy to concelebrate with Fr. Jim at our Last Day of School Mass. Fr. Pat will also be the homilist at that Mass that day.

Mary, Star of the Sea Catholic Church, founded in 1909, is named in honor of the Blessed Virgin. In 1937, the current church was built and designed in the Spanish Colonial revival architecture by Carleton Monroe Winslow (1876-1946), the renowned architect. Mary, Star of the Sea Church welcomes up to 800 worshippers per weekend and has an overall membership of nearly 1,000 families.