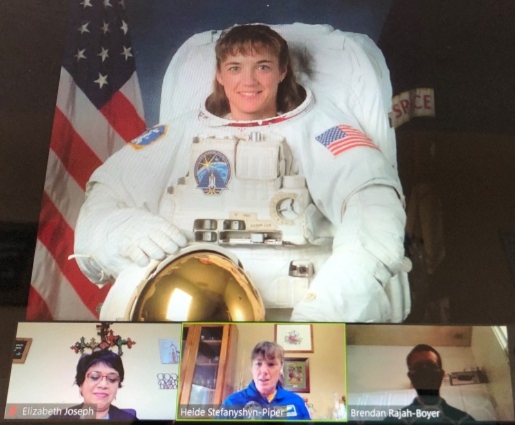 March is Women’s History Month and St. Francis of Assisi students were blessed to hear from an amazing, inspirational woman, Heidi Stephanyshyn-Piper. She was featured in the Naval Engineers’ Journal focusing on 30 women who have achieved amazing things. She is a former NASA astronaut, a Naval officer, and a Captain in the US Navy. She is the daughter of a German and a Ukrainian immigrant, and holds two degrees in mechanical engineering from MIT.

As a NASA astronaut, she participated in two space shuttle missions, and was a commander of the human survival study NEEMO in the Aquarius underwater laboratory. During her military career she was awarded multiple service medals, including two Legion of Merit and two Navy Achievement medals. What an impressive career she had and what an inspiration for our students!